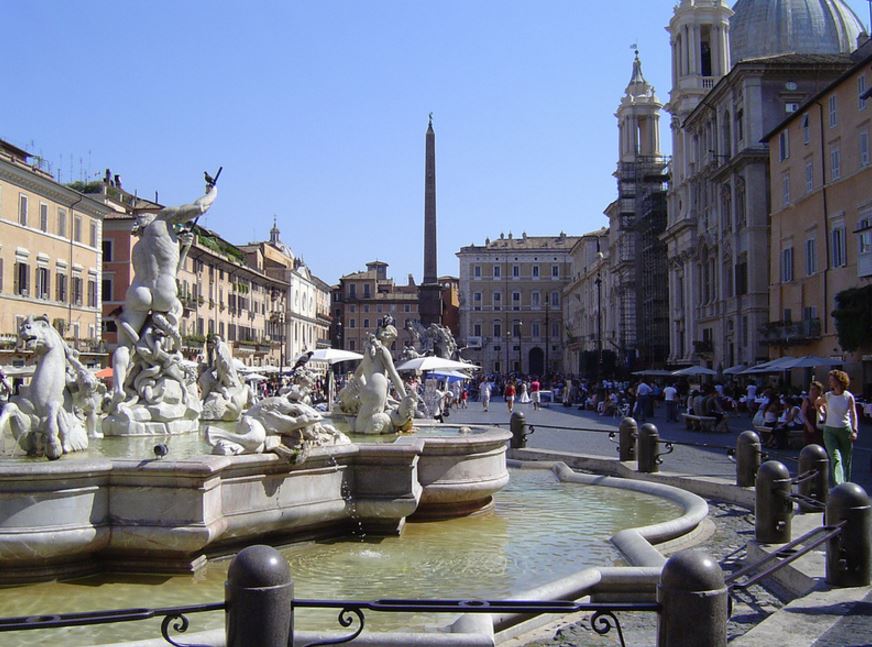 One of the most beautiful square in Rome, situated in the historic center of the City.

Built on the former stadium of Domitian,  was used for festivals and also sporting events. The stadium after was paved to create Navona Square. The main attraction  is the trio of fountains.  The central one is called Fontana dei Quattro  Fiumi (commissioned to Borromini,  and it was ultimately handed by Bernini. Every figures representing a river from different continent, The Nile,  Ganges,  Danube,  Rio de Plata. The Statues  at the base support the Obelisk. Another highlight  in Piazza Navona is the Church of Sant’ Agnese in Agone commissioned by Pope Innocent X.

Very well written article. It will be helpful to anybody who utilizes it,
including me. Keep doing what you are doing – looking forward to more posts.