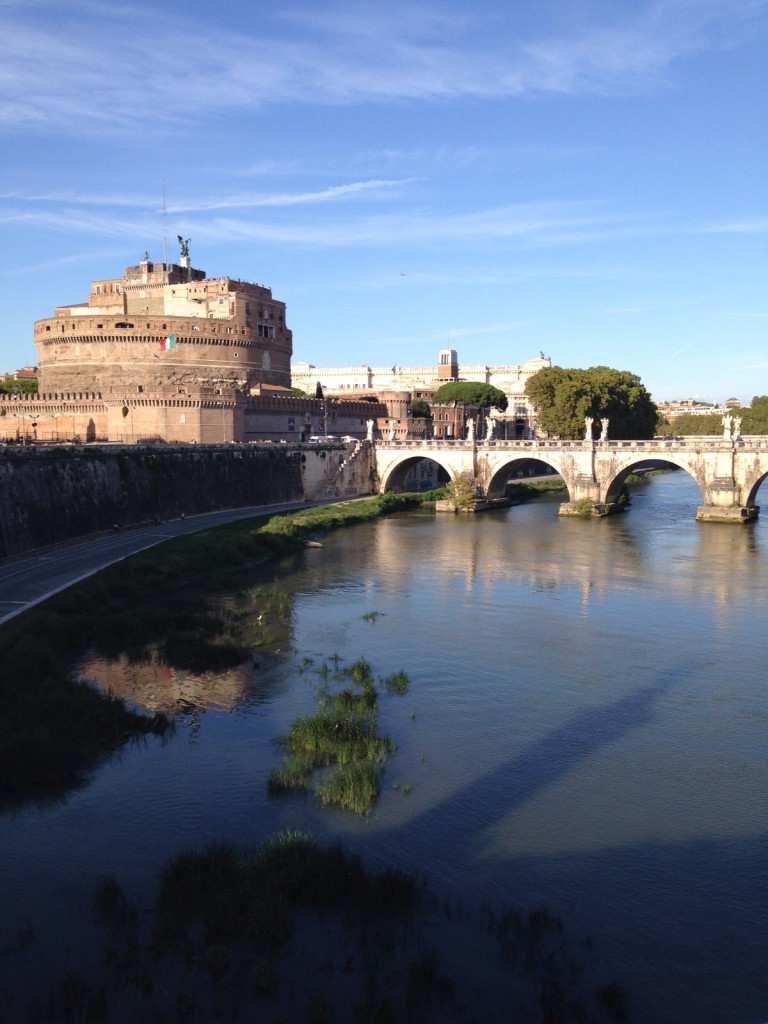 At the top of the fortress, stands a statue of an Angel. The bronze statue replaced an earlier, marble version. The statue depicts the Archangel Michael who, according to legend, appeared on top of the fortress in the year 590 and miraculously ended the severe plague that had infested the city of Rome. After the purported event, the building was renamed Castel Sant’Angelo  in honor of the archangel.